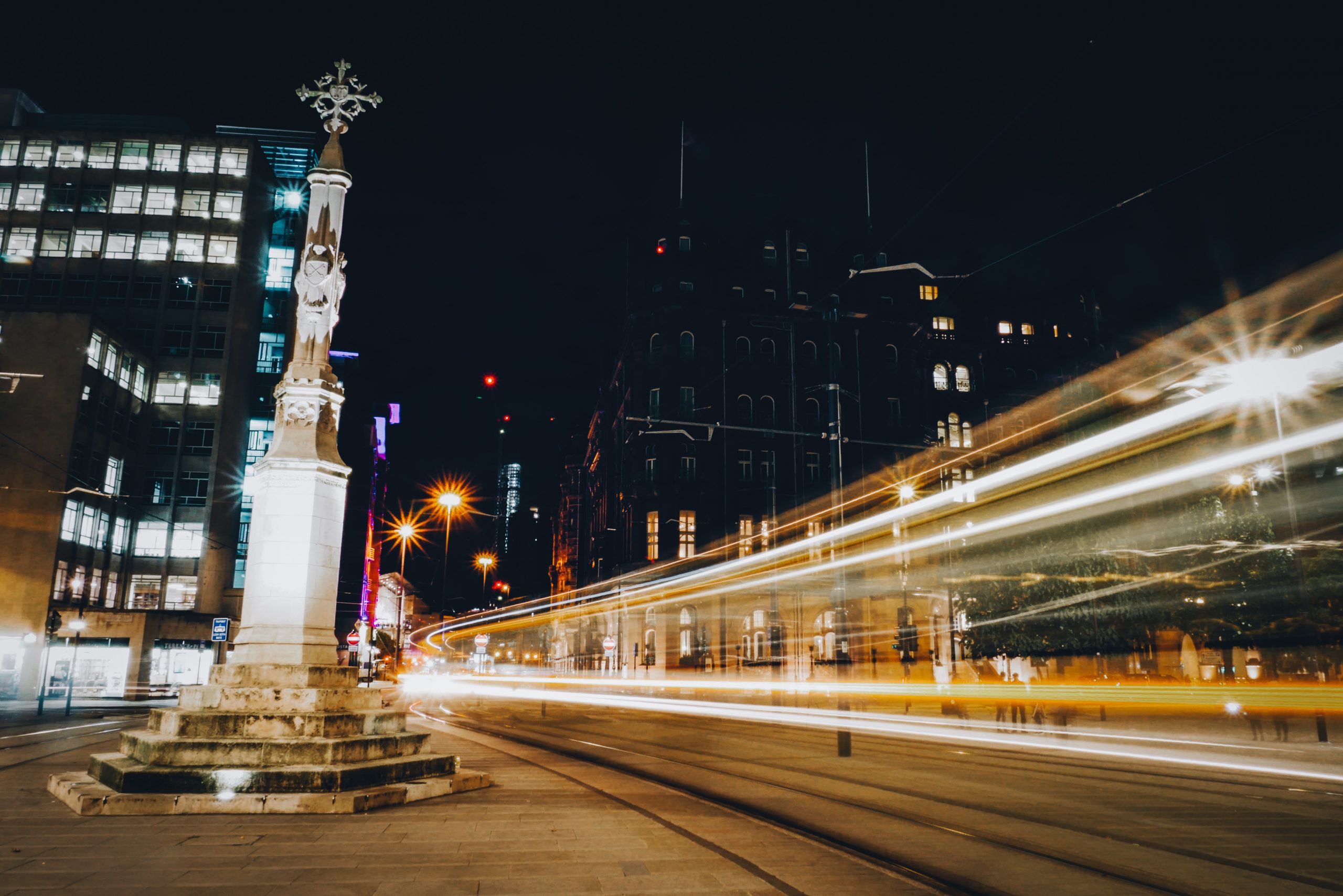 This blog is about what happens when the state gets firmly behind a clear, shared purpose in local communities and the lessons that emerge when it does.

As a headteacher turned community organiser, I don’t think that the successes we have seen across many cities and towns across the UK, as the pandemic unfolded, were hugely surprising.

The fact that food parcels were distributed by school staff pretty much instantly isn’t something many of my headteacher colleagues struggled with. This work is about being rooted in a community, as schools are, not about complex, bureaucratic systems.

So why did it take a pandemic to agitate so many actors within our society to think and behave differently? I think it’s because the state has too often removed itself from the people it should serve.

As Frank Cottrell Boyce put it in a recent opinion piece for the Guardian, ‘[a]ny crisis is like an x-ray passing through the national body, illuminating its strengths and weaknesses.’

The COVID-19 crisis is one which has definitely shone a very bright spotlight on our society: cracks which we knew existed were made emphatically visible (e.g. food poverty, insecure jobs, issues related to health inequalities, particularly in terms of BAME members of the population, etc.). The fact that COVID was, early on, described as an indiscriminate beast was soon dispelled as figures were flashed on our TV screens daily, clearly demonstrating that the worse off areas were those already facing structural difficulties.

It’s hard to organise during a crisis. There are so many parameters to take into account, so many fires to put out, so many plates to keep spinning. Making sense of what was happening – let alone trying to respond to emerging issues – required agile leadership. It’s the sort of leadership you don’t really get trained for many told us as we interviewed community leaders, charity workers, and local authority staff in Greater Manchester.

Nonetheless, and in spite of the apparent lack of preparation, it soon appeared that people were willing – across the public, private, and civil society sectors – to roll up their sleeves, throw the manual out of the window, and get on with it. Local government enabled this innovation, rather than stifling it. As a result, this difficult and inspiring moment offers key lessons about the kinds of permissions and support from the state that will be needed in future, if this work is to be sustained and built on.

1) Emergent leaders close to the action were liberated to find ‘makeshift solutions’.

Existing system levers failed during the crisis. Regulation, inspection, commissioning, funding, designed to manage quality, risk and resources simply evaporated. In their absence, we noticed that risk and resources were shared by locality teams and quality outcomes were co-produced with residents. Systems and structures collapsed – ‘flattened themselves out’, someone in one of our workshops suggested – and were replaced with often ‘makeshift’ solutions. It wasn’t about ‘who is in charge and who should make the decisions’ any longer. It became ‘let’s just do what needs to be done’. ‘The crisis liberated us, and we were given permission to get on with it!’ almost became a mantra for various teams we spoke to.

It’s now almost become a COVID-19 cliché to say that thousands of local residents across the country have been local heroes. And so it was in Greater Manchester where we’ve seen local residents – particularly local institutional leaders such as Imams and Priests, Headteachers and Sports Club managers, amongst many others – coordinate the humanitarian efforts, often guiding council officials to ensure that the impact was more relevant and maximised.

“For instance, leaders and volunteers at the Ghazali Trust stepped in as the virus peaked, and as many individuals and families needed support, be it organising a funeral, helping to cope with bereavement, finances or just someone to talk to. Ghazali Trust with the support of Action Together established a free helpline operated by skilled and experienced volunteers to help members of the community to get through these incredibly difficult times.

2) The seemingly intractable problem of shared data and open access to it was solved in a matter of days. It became literally life or death.

A crisis often makes you realise how atomised our systems are. How often do we hear people say, ‘I’m just being passed on from one department to another!’ or ‘I never know who to ask!’? Who would have thought, therefore, that under extreme pressure various parts of society could have transitioned almost seamlessly to a situation whereby shared and combined data and intelligence from different sources became a new norm? In particular, we saw health providers, VCSE, councils, and residents generating and sharing with each other the information needed to provide timely and useful support. The risk of censure for sharing data was weighed against the risks to residents’ health and wellbeing presented by COVID. There was no contest.

Council workers, nursery/school staff, and voluntary organisations devised reporting systems which centralised their data, thus enabling effective, and very prompt, collaboration. This was done as frontline workers prioritised this as a key issue and as managers accepted that it was permissible to come up with a system that worked in the ‘here and now’, without needing to spend too much time debating how it should be done. The good took priority over perfection.

Perhaps what most stood out, and what underpins the previous two points, was the urge to work in ways which were more relevant to local communities. How the system conceives of community/neighbourhood/locality was challenged and new understandings of community took shape. These were defined by identity linked to place, faith, culture and interest, not by administrative boundaries. Civil society did itself proud, responding to the needs of citizens in ways which no other parts of society could have done. Local headteachers embracing their sense of civic leadership, providing support to families they knew would otherwise fall through the safety net, local faith leaders organising their congregations for funeral arrangements to be maintained, sports clubs opening their doors to become food banks. The examples are as impressive as they are numerous: the broken fabric of society was rewoven not by local government officials, but by people themselves around collective identities of which they really felt a part. And the state, rather than taking the lead, supported.

Local school leaders – who are rooted in the community – stepped up and challenged existing processes to ensure that meetings with officials were more focused on the needs of their communities than on historical processes. In Oldham, for instance, regular meetings with local headteachers, senior council officials (as opposed to less senior representatives), senior NHS officials, and senior Police officials took place where information was shared directly, and decisions were made immediately. Rather than be constrained by rigid processes, headteachers and senior officials focused on the urgent needs of local families.

Solutions had to work for the families identified so, rather than follow traditional administrative boundaries usually imposed by the local authority, teams developed local plans which took into account the way local people defined their sense of place. Centrally-located support hubs run by the Local Authority were complemented by more locally-defined support mechanisms and, as a result, people who may have otherwise been missed, managed to access support.

As such, a redefinition of what it meant to work at local level took place. The identity – as in, the needs – of the local community took priority and replaced what would typically be centralised and remote Local Authority-driven processes. Instead of it being about what ‘remote’ officials from the Local Authority thought would work, it became about what leaders rooted in their communities suggested. This was a massive shift of power and, we came to see, one which became much more relevant and impactful.

We have choices to make

Many of us could have written this analysis before the pandemic began. Hopes for a ‘new normal’ aren’t new: they’ve been imagined for a long time, often taking the shape of frustrated ‘What ifs?’. This is why so many people we’ve been speaking to have commented that they have felt reinvigorated by the pandemic (that’s when you put the sheer exhaustion to one side). The chasm which often exists between those who make decisions and those who are meant to deliver on those decisions (not to mention those who are meant to benefit from those decisions) has been laid bare.

There is plenty that communities and frontline staff can continue to do, in a post-COVID-19 world. But there are also some things that they cannot do on their own. Permission, resource, and support from the state will all be key to retain the gains that we have made over the past year in terms of enabling or inhibiting impactful innovation.

A new sense of agency – born out of urgency – has been captured. Do we now just let it go? Or do we nurture it?

The test which we’re yet to go through is whether the learning which we’ve surfaced will prevail. In my books, learning happens when behaviour changes. So, will learning happen? Are those who are able to fix the flaws within our society willing to accept that things need to change, or will we head back to whence we came? Will the discussions – and the innovation! – that took place throughout the COVID crisis lead to a re-evaluation of our current systems and structures, or will we blindly head back to whence we came?

It’s up to us to write what happens next… 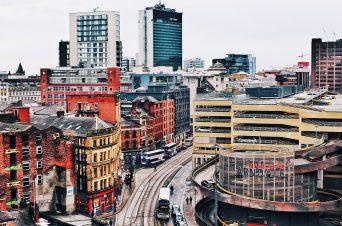 Disruptive learning in and from a crisis

Learning from innovation in a crisis: how the disruption of Covid has given Greater Manchester the chance to ‘design forward differently’ 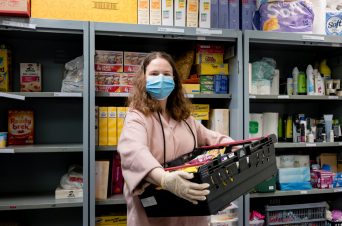 From programmes to people

“This is what we have. Who needs it most?” From programmes to people in Greater Manchester’s Covid response. 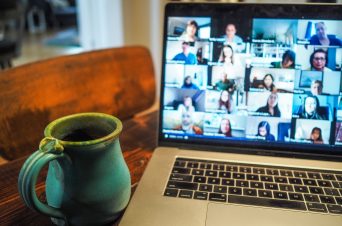 Working in a crisis: what Greater Manchester learnt about how we work

We are in our third National lockdown, and have been told once again to work from home, where we can. There is so much that we have learnt in this crisis about how we work, communicate and collaborate, and so much that has already been transformed.