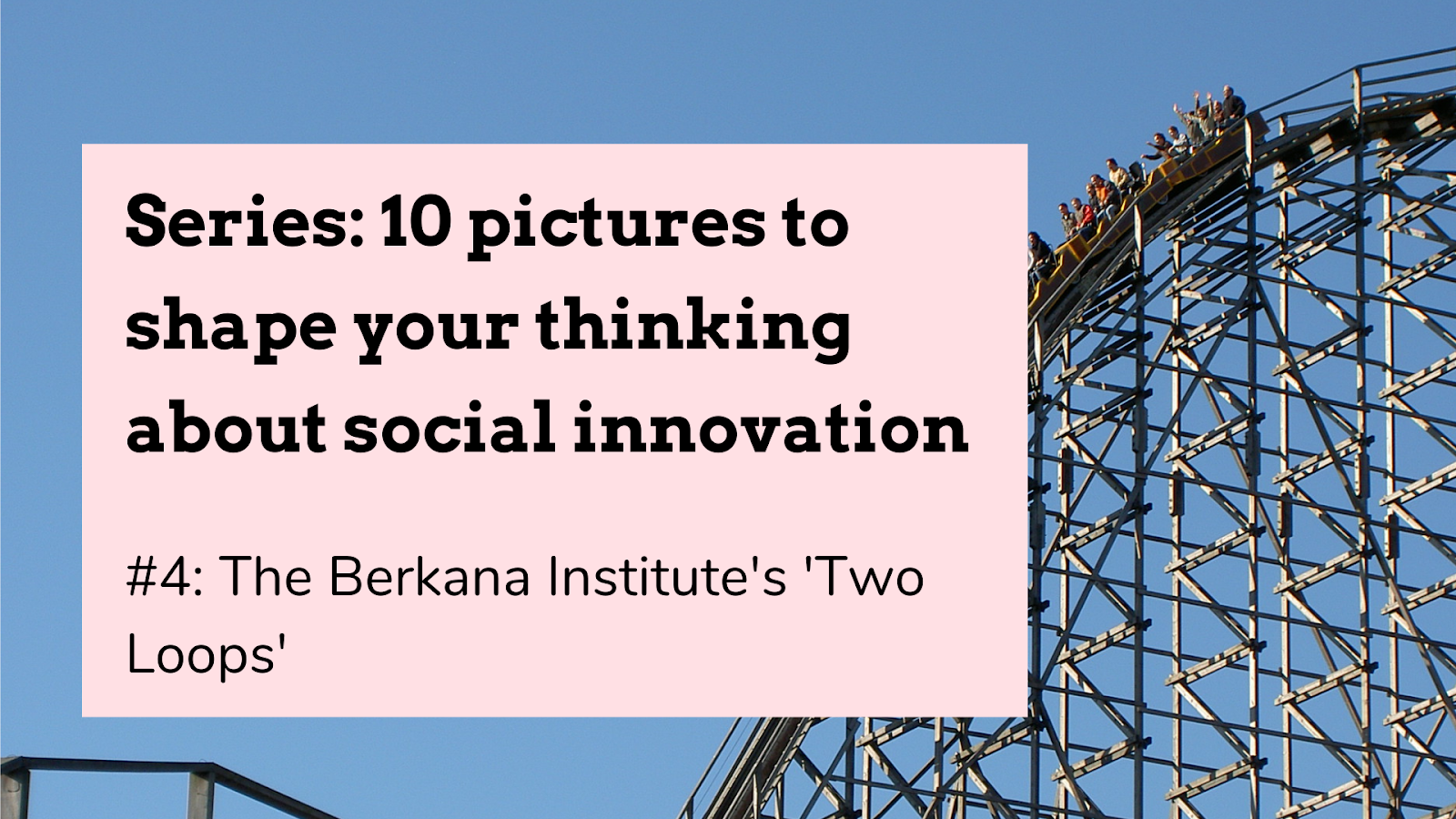 In this 10-part series, we share 10 different pictures that can help us to make sense of the big complex world of social innovation and systems change 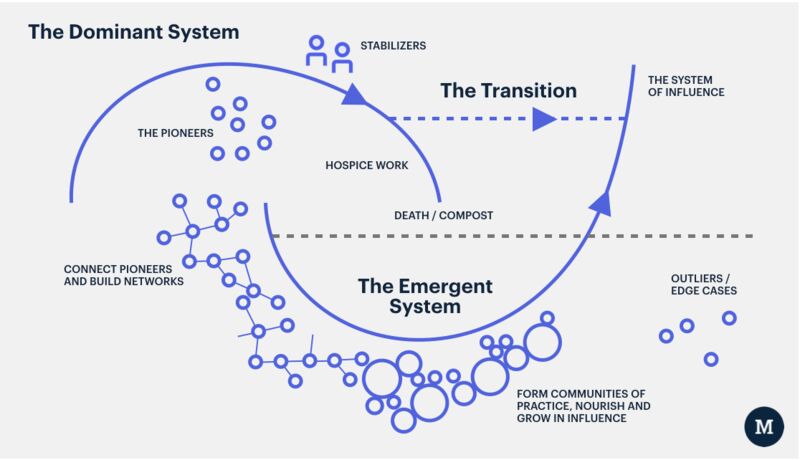 What does it say?

They get less depressing from here, promise… but this one does still deal with death! In this case, the death of a paradigm and the rise of a new one in its place.

The Berkana Institute’s ‘Two Loops’ model tries to capture how systems change or paradigms shifts can happen at the level of whole societies. It shows the curves of the old system dying and the new system rising to replace it.

The emergent system forms as pioneers of new approaches start to connect and form networks and communities of practice, growing their influence and eventually superseding the old. At the same time, the dominant system begins its decline, and there is work to do in supporting the death and composting of the elements that won’t be carried forward.

Importantly, though systems change doesn’t mean rebuilding everything from scratch (thankfully, as this would be way too resource and energy intensive). Many parts of the dominant system need to make the transition from the old to the new, adapting to the emerging paradigm and finding their place in the emergent system.

How is it being used?

The Two Loops model can be applied at different levels of zoom. These curves could describe a change program in an organisation; I’ve also seen the model explained using the example of the peak and decline of oil.

A really powerful application of this picture, though, is by Cassie Robinson, who does inspiring work in innovative funding strategies and field building for transitions in the UK. In a 2019 blog post, Cassie shared the Two Loops model and demonstrated its value as a reflective tool for thinking about the role a given job or project is playing as part of systems change. Check it out, and then ask yourself where your work sits in the Two Loops picture!

Why is it important?

There are two things I love about the Two Loops model. First, it tells a clear but complex story about how huge systems can change, and that gives me hope that we could pull off a transition from exploitative, destructive colonial capitalism to a just and sustainable new system.

Second, it offers a plurality of roles for change agents to play. Supporting systems change is so much more than social entrepreneurship and building new stuff.

There are roles for convenors, connectors, and storytellers who weave new elements together into a coherent emergent system.

There are roles for transition guides and brave old-system leaders ready to inspire change.

There are critical roles in stabilising the old system as it dies and containing the damage of collapse, especially for the most vulnerable.

And there are roles, as an Australian systems change leader told me in an interview recently, in “hospicing the old system to midwife the new.”

Where does your work fit?

Follow Matt Norman on LinkedIn for more insights and ideas about social innovation. 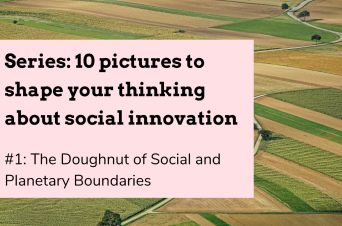 The Doughnut of Social and Planetary Boundaries

In this blog series, I want to share 10 different pictures I’ve come across in my work and my studies that have helped me to make sense of the big complex world of social innovation and systems change. 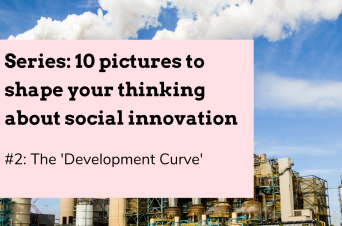 In this 10-part series, we share 10 different pictures that can help us to make sense of the big complex world of social innovation and systems change. 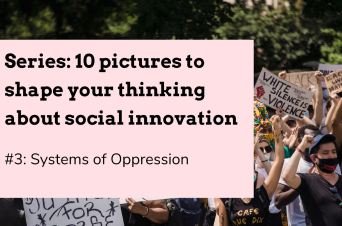 The next in our 10-part series sharing different pictures that can help us to make sense of the big complex world of social innovation and systems change.