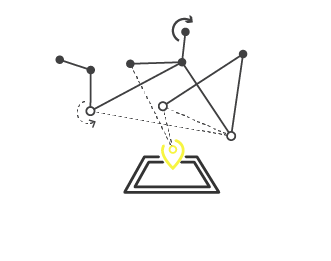 Three examples of great innovations that are inspiring and we believe can make a real difference to mental health outcomes for everyone.

In my last blog I looked at some of the most common explanations for our worsening mental health. In this one I’m sharing three examples of great mental health innovations that I find personally inspiring. The examples are my own choices but they also hint at the kinds of new solutions that Innovation Unit believes can make a real difference to mental health outcomes for everyone.

INNOVATION 1: Starting with sincerity and humanity — citizens as leaders and innovators in the Torbay Lion’s Barber Collective

Many innovations are non-professional. They prove the argument that mental health support can be citizen-led, and, more deeply, that citizens are willing to own responsibility for each others’ well being, not always passing it on to trained professionals.

As part of Innovation Unit’s mission to enable more people to belong and contribute to thriving societies, we want to support community-based models for good mental health that keep people with mental health conditions well.

Torbay Lion’s Barber Collective is an exciting new example of an age-old instinct to reach out to others in need. Formed in 2015, The Collective is an international collection of top barbers who want to raise awareness about male suicide. Torbay is in the top 20% of deprived areas in the country, with high numbers of male homelessness, young people self-harming and alcohol abuse, and rates of male suicide that continue to rise. The vast majority of local men who take their own lives do not access mental health services and few saw their GP. Suicide is now the biggest killer of men under 45 in the UK.

Recognising the special trust that can be generated between hairdresser and customer (because of the physical closeness and relative intimacy), The Collective started to engage men in conversations about mental health. They have set up a ‘BarberTalk’ programme to train hairdressers in how to “recognise, talk, listen and advise” on mental health.

The Collective educates men on the links between physical and emotional health and when appropriate links them to local services. Included among other initiatives The Collective has trialled are: a Lion’s Den with a cafe, gym equipment, and access to peer support groups, a Lion’s Link phone line run by men on evenings and weekends, and ‘Lion Lairs’ pop-up awareness raising events.

I love the spontaneous way The Collective was formed, their ethos, and the way they talk about mental health — in everyday, non-medical language and with genuine sincerity and humanity. More broadly, this kind of community-led project helps to create mentally healthy places. It’s an example of innovations that come from, and are given life by, the everyday environments in which people ordinarily live, work, buy, share and socialise.

The instinct of public policy makers, including public health professionals, is often to talk in terms of ‘targeting’, ‘empowering’ and ‘engaging with’ local communities, and to publish guidelines on how to do this effectively. But The Collective, like many other self-generating innovations, didn’t need professional direction or impetus. It is a living embodiment of the policy idea that communities are ‘asset based’ and that solutions don’t have to be ‘services’. It has no procedures for gatekeeping, managing demand or categorising ‘service users’ by level of need or risk. Indeed, barbers in the Collective don’t mention the words ‘mental health’ as they cut and trim their way to ever more trusting relationships of care and support.

INNOVATION 2: On an equal footing — professionals and families side by side in Finland’s Open Dialogue approach

Some innovations stand out for the way they combine people and practice from separate traditions and different contexts, blending them into new models that have the potential to transform outcomes.

Open Dialogue is a great example of crisis care in which expertise, insights and perspectives from professionals and citizens are combined to offer a more compassionate and holistic response to distress.

Pioneered in Finland in the 1980s, Open Dialogue is a patient-centred model that allows clinicians, support workers (including peer support workers) and family members to work together on an equal footing to support someone in crisis. It fundamentally challenges traditional, two-way clinician-patient relationships.

People are seen within 24 hours of becoming unwell, all meetings with the psychiatric team are held at home (or wherever the patient finds most helpful) and significant others in the patient’s life — family members, or trained peer-support workers — are engaged in meetings from the start. The person in crisis is always present at each meeting, and the same 2–5 people will meet with him or her throughout the course of treatment, unlike in the standard NHS model, where a patient has often to interact with several different teams, with little continuity of care. Timing of discharge from the service is guided by the patient and their family/support network — not by the provider.

Together, this diverse set of people create shared meaning about the person’s crisis and use dialogue to explore and agree solutions. Practitioners recognise that mental health ‘happens between people’, and this informs a subtle balancing of biomedical models (including medication) with a psychosocial approach to care. All healthcare staff receive training in family therapy, related psychological skills and mindfulness. Mindfulness is important because crisis situations are stressful and clinicians, along with everyone else in Open Dialogue meetings, need to be aware of and manage their emotions in the moment.

In the 1980s Western Lapland had one of the worst incidences of the diagnosis of schizophrenia in Europe but now their outcomes are among the best. Around 75% of those experiencing psychosis have returned to work or study within 2 years and only 20% are still taking antipsychotic medication at a 2 yr follow-up, despite significantly lower rates of medication and hospitalisation compared to treatment as usual.

In the UK relapse rates are far higher and we know that crisis services for many people are struggling to deliver great outcomes. For example the Five year forward view for mental health (2016), found that only 14% of adults surveyed felt they were provided with the right response when in crisis, and that only around half of community teams were able to offer an adequate 24/7 crisis service.

Happily, in the UK, North East London Foundation Trust is leading on an Open Dialogue pilot across multiple mental health trusts that aims to transform the model of health care provided to patients in crisis. While acknowledging the need for a solid evidence base (a research trial conducted by University College London will publish results of its evaluation in 2020), it is striking that is has taken so long for the model to find its way from 1980s Finland to our shores.

INNOVATION 3: A new public narrative and whole system redesign in the city of Trieste

In the UK and elsewhere we have seen a number of large-scale attempts to redesign, reconfigure and reorganise mental health care. The UK’s shift away from institutional care towards care in the community is generally seen as a success story — and rightly so — but system change can, understandably, feel daunting and difficult. It’s good to remind ourselves that successful systems change has been achieved and that, “if it’s happened, it’s possible”.

Trieste is a fantastic example of such change. It represents an almost magical feat of re-engineering; simultaneously creating a new public narrative for valuing and embracing mental ill health (rather than stigmatising it), designing and building a wholly new set of interlinking organisations, driving a culture of shared responsibility for ‘whole community’ mental health, and actively modelling a set of positive human values of compassion, inclusion, recovery and therapeutic optimism.

In the 1980s the city of Trieste, in north-east Italy, with a population of +200,000, set about closing its psychiatric hospitals and replacing them with a network of 24-hour community mental health centres capable of dealing with the most severe conditions and of supporting people in their daily life. Franco Basaglia, a charismatic psychiatrist, provided the early vision and energy for this change, persuading parliament to close all specialised mental hospitals in Italy and replacing them with a model designed to respect the dignity and freedom of the mentally ill, their right to live in the community and the therapeutic value of engaging them in its daily activities.

The city’s Department of Mental Health, established in 1981, now has four Community Mental Health Centres (with open door and no restraint) where therapy, medication, social life and recovery happen simultaneously. Support is holistic, linking individuals and families to job training and other organisations that can help meet needs. Recovery is promoted through cooperatives, workshops, school, sports, recreational activities, youth groups, and self-help. Physical environments have a ‘club-like atmosphere’ that is normalising (you can’t tell if someone is staff, a patient, or a visitor). Pleasure is recognised as an important part of life, and the centres create time for it. Social networks play an important role in the therapeutic process, and group activities create shared experiences for users, families, staff, volunteers, friends, colleagues, neighbours.

Trieste’s General Hospital Psychiatric Unit provides inpatient mental health services, but its six acute beds (yes, 6!) are mainly used as a filter for emergency situations at night, and normally do not admit patients for more than 24 hours. The four Community Mental Health Centres have only 4–8 beds each (for catchment areas of 60,000). There is no separate crisis care service ‘sitting behind’ the Centres. Instead, crisis care is provided as a ‘basic function of a comprehensive service’. There is no access criteria based on severity of illness and no waiting lists. Multidisciplinary practitioners across the Centres share a ‘collective team responsibility’ for all service users.

In 2010, only 16 people underwent involuntary treatments. No psychiatric service users are homeless. The rate of suicide has been lowered by 40% over the last 20 years. The total cost of provision has been significantly reduced, 18M Euros in 2011 compared to 28M in 1971. Remarkably, 94% of expenditure is on community services, with only 6% on hospital acute beds.

These are impressive statistics and testify to the potential impact of community-based interventions. But the uniqueness of Trieste’s community offer is that, rather than being separate from formal provision, it has been designed to function within and as part of a coherent system in which prevention, acute care and recovery are fully integrated.

At Innovation Unit we are exploring opportunities to deliver place-based innovations in mental health that create new ways for citizens, services and whole systems to work together much more easily and powerfully for far greater impact. We want to work with partners to help build the confidence and capability of senior leaders and practitioners to successfully lead change within their own contexts. To do this, we believe we need new kinds of creative collaborations and a different set of permissions that allow people to design and test new approaches.

Read here to find out more about our plans for impact in 2017, and contact Nick Webb if you’re interested in finding out more or working with us.